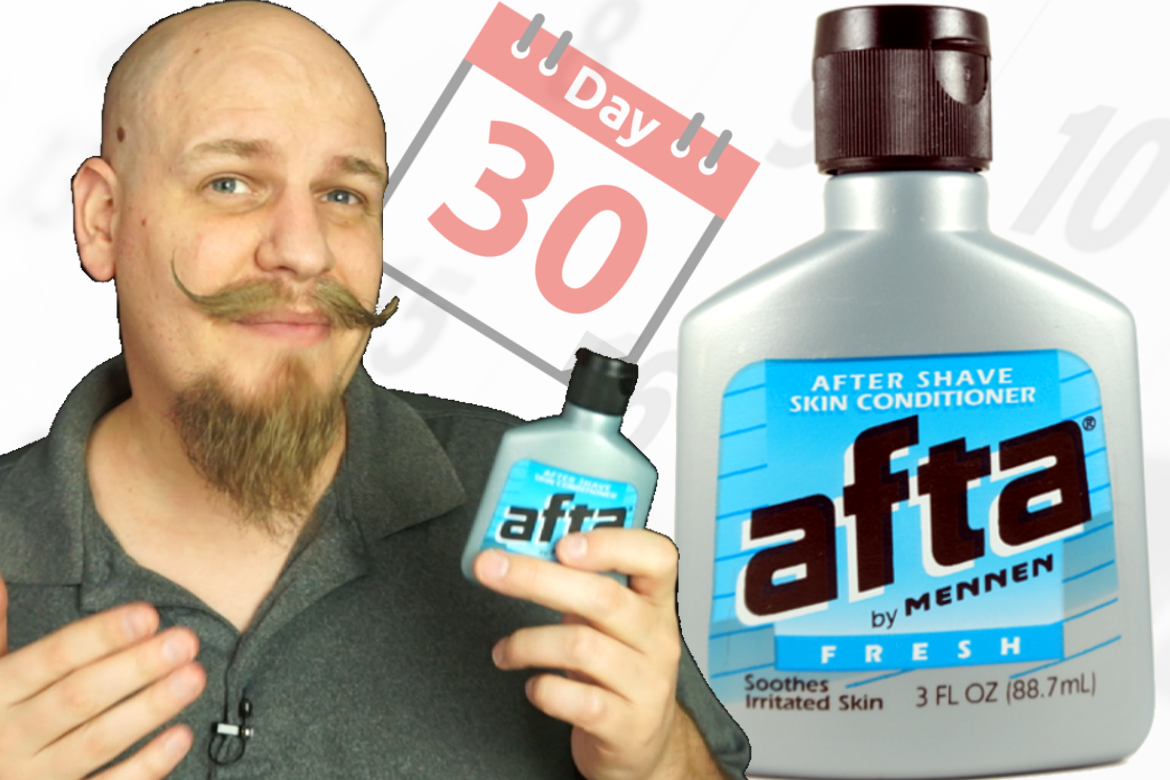 One day when I was at the store and needed something to review I decided to pick up some After. Afta is one of those products that I have always seen but never picked up to try for myself. Part of the reason is that I wasn’t ever an aftershave kinda guy and in many ways, I’m still not although I see the value and benefits to using it. Afta is one of the many brands under the Colgate-Palmolive company, it’s also one of the cheaper aftershaves you can pick up at just about any store with shaving products. I picked this up for about $2.50 at my local store but I know I have seen it at or under $2.00 at other stores. 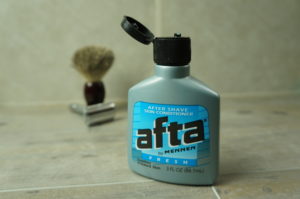 The packaging is simple its in a 3oz plastic squeeze container with a friction pop lid. It’s easy to dispense a small amount of this lotion textured aftershave from the container which is a good thing as you really don’t need much of this to get the job done after shaving.

The scent I picked up is called Fresh, they also offer there Original. The bottle does not say what the scent is and the ingredients list just says “fragrance” so I’ll do my best to explain what it smells like now. I think it is a fresh clean scent kinda like what a cheap bar of soap smells like. Due to this product containing alcohol you can also get a little bit of scent of that as well. 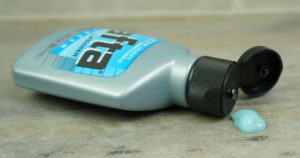 I liked how easy it was to apply a small amount into the palm of my hand, I could then rub my hands together and apply it to my head and face where I had just shaved without using too much and having extra.

Not only did I use this as an aftershave as intended but I also used it as a moisturizer a few times to help my skin deal with the cold temperatures we have been having. I feel that after using it as a moisturizer when coming in from the cold that It helped moisturize my skin and get it back to a healthy state.  This is no surprise that it did this though because on the label one of the things it says that is supposed to do is condition the skin, along with sooth and relieve irritated skin.

One thing that I liked as well is that when I applied it to my head it didn’t leave it shiny and being a bald guy that is on camera and that doesn’t look good with a bald head this was a nice bonus. This aftershave absorbed into the skin fairly quickly and does not leave an oily or film texture on my skin.

As mentioned above you can get this for under $3.00 just about everywhere… just about… as I found out that evidently, it’s around $5.00 plus on Amazon for a single container however if you want to buy a couple of them it’s not a big deal to do so at the lower prices.  Id usually gives you a direct link but due to not knowing what quantity would be best for you below is a link that should bring you to the best-priced Options. If I find a better price for you when I get on a few other sites Ill be sure to update or add them to the links. Until then, however, you may be better off just picking it up at your local store if you can.