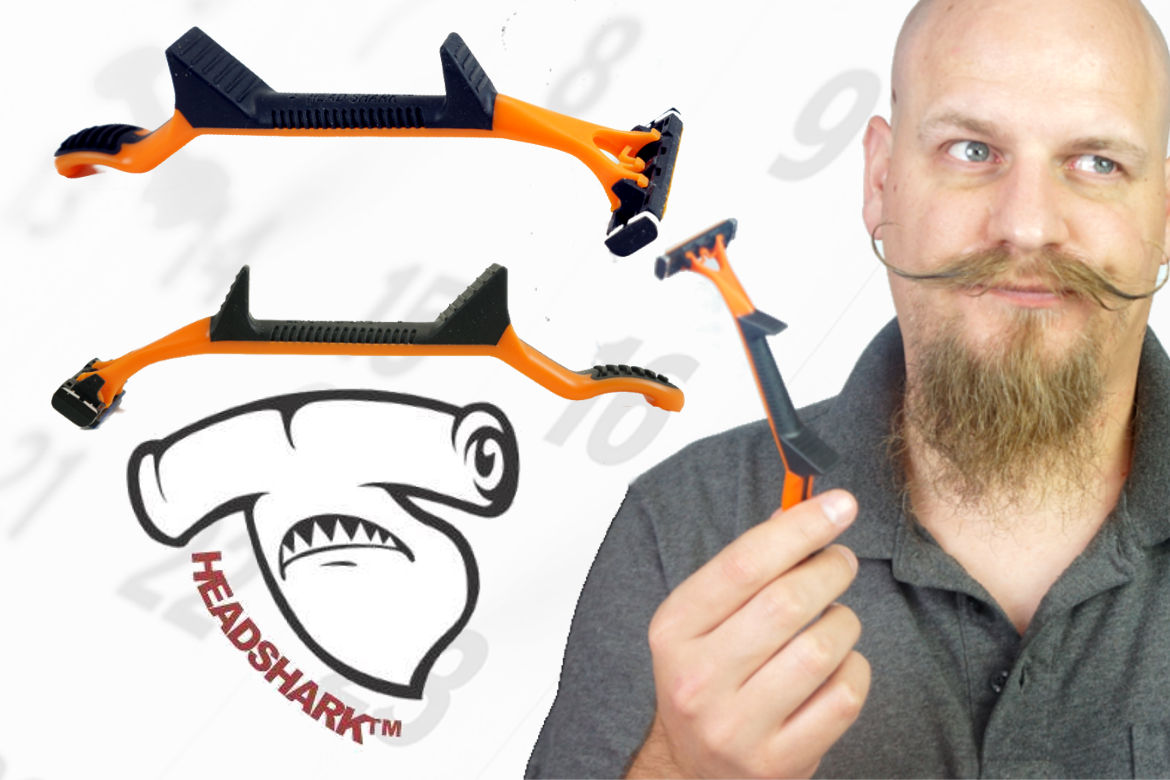 Like all my reviews, I used this for around a month, well actually over. Also like most of my reviews, this was sent to me by Headshark for the purpose of review. Im going to tell you now that my experience was not the greatest and this was a product that was hard for me to continue to use for the full trial period but I made it through and here are my findings.

Like many razors, these come in a blister-pack / clamshell packaging with a plastic front and cardboard backing with the info about the product printed on it.  You get four (4) razors per package. Each razor also has its own plastic cover to prevent cutting yourself, again like most razor packaging.

I was unable to find what type of plastic that these razors are made of however to me it feels like every other cheaply made razor in existence, at least for the backbone of the razor. These razors have a nice grip-able rubber along the spine that also covers both the Fins and finger pad in the back.

The best way for me to explain what this razor is is that its a highly modifies bic type razor that is meant for shaving the head and face, it has two fins on the spine that has a rubber on it to help with more ergonomic grip as well as a bent end that allows for grip on top as well on bottom. because of these attributes, it can be held differently than a standard razor for a more ergonomic hold.  The blades have a three (3) step coating prosses applied to them. Thee are first coated with Chrome then Titanium and lastly Teflon. They also feature an aloe strip and what im going to call an agitator to help lift the hairs.  The blades are also spaced so they rinse easy. The blades are Swedish while the rest of the product is made in the People’s Republic of China. 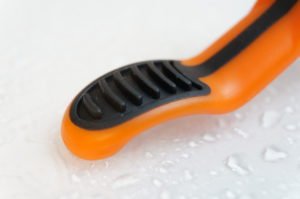 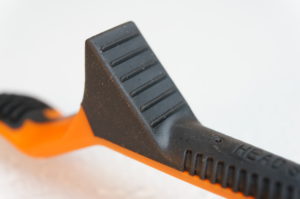 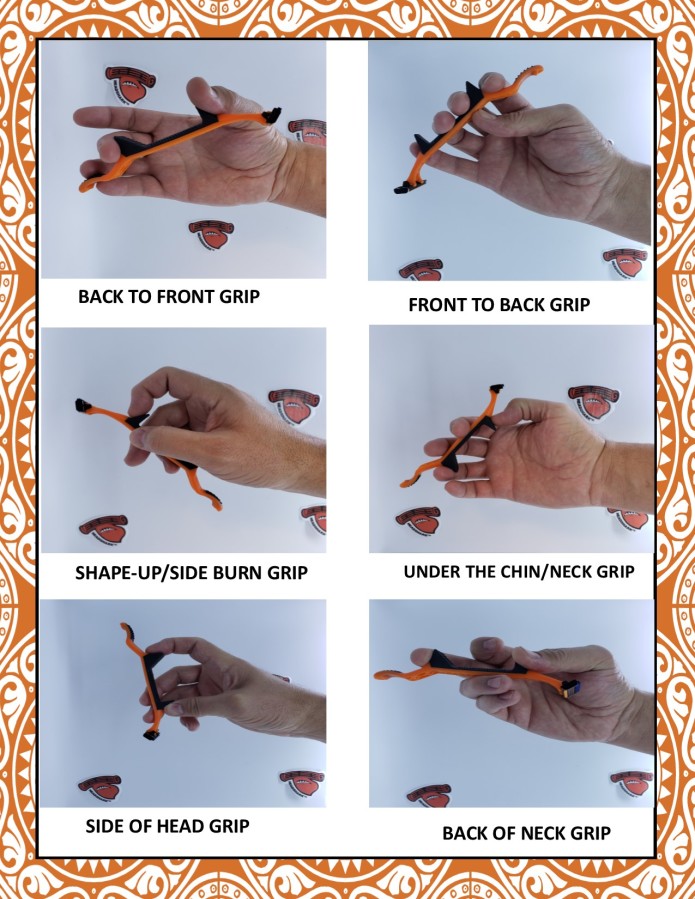 The instructions are rather simple. Basically you shave like you normally would

however for different parts of your face you can use different holds of the razor as shown on their website and the diagram to the right.

This is where I, unfortunately, can’t say this is a great or even decent product. I just had a way too many issues with the build quality and design of this particular version of the head shark.

My first impressions were skeptical when I opened it and handled it in my hands as it felt light and cheaply made but like all my reviews I gave it a fair shot of a month use, actually, I used it for an extra few weeks.

The first issue was that the angle at the neck of the handle is at the wrong angle. This caused me to be either too far back or forward with the handle when shaving the back of my head. when I did finally figure out the angle it was an unnatural and uncomfortable angle to hold the razor at.

The second issue was that I could not tell if it was cutting or not without doing a part of my head then going back and feeling if I got it or not. I missed allot and it took me a long time to shave my head.

The third time of shaving with the razor I noticed (after cutting my head mind you) that somehow the aloe strip had started to come off, I don’t mean that it was starting to come off in one nice piece I mean it was almost like it was deteriorating with several parts of it starting to come apart in different places. Obviously this didn’t help the shaving prosses or impress me much. But I continued on with my review and started out with a new one, this one and the third one (the one I used in the video) didn’t have the same issue as the first one did so that was good.

Last but not least, threw out the rest of the usage period, I noticed that the handle flexed allot and that the head of the razor that they claim are “precision spring-mounted blades” really didn’t move much at all.  To me, these are both things that there is no real excuse for.

Even with the bad experience, I do think that its a unique idea and I can see people that are used to the bic style razor would want to try this product. It could be good for those that rather just use the same razor for the face and head. I can say that it did an ok job on the face and neck, it wasn’t anything spectacular but the few times I used it on the face it got the job done to a satisfactory level. 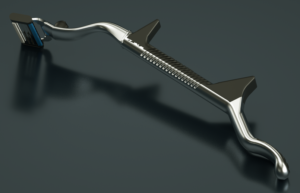 Notice I said it COULD be a good product? well here are my suggestions for improvements.

First, it looks that they have a version in the works, that looks like its handle is made of metal  (Right) and the connection point is different than the current version. I think that both those changes would make a huge difference in the efficiency of this razor.

Second, it needs a larger blade on it(also looks to be true on metal version). I don’t mean that there needs to be more blades there just needs to be more surface area contacting the skin so one can tell if its flat on the head or not. 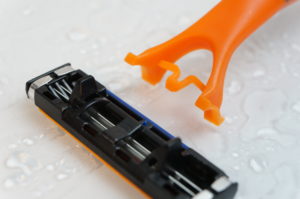 Third,  Id likes to see the waste of plastic go away. there is no need for 4 handles and 4 blades. id rather see a kit with a metal handle and 5 blades for the same price as these currently sell for. heck, even a solid plastic handle that doesn’t flex as much and 5 blades would be great! The blades are very easy to replace so really no reason not to do this even with the current model razor.

The set of 4 razors sells for $15 USD. I don’t suggest spending the money on it however if you still want to try them I have included a link below for you.

I do think this has the potential to be a good product and its definitely a different look at head-shaving razors. I gave this one the same shot I have given the rest and unfortunately, this one just didn’t hold up to what it could have. This all being said I hope to get my hands on the new model they show on their website and FaceBook page as I think that has many fixes to the things I have issues with on this model.