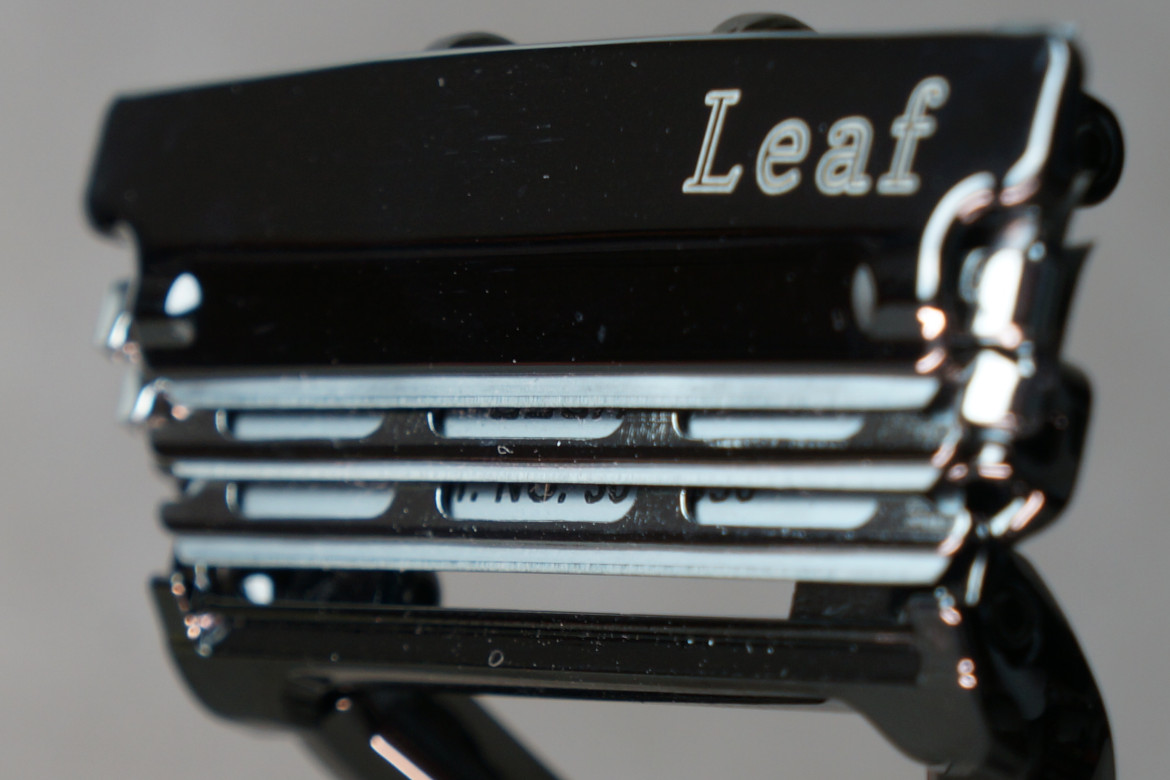 I’ve been using this razor called the leaf From Leaf Shave for about the last couple of months now. Leaf Shave Sent me the Starter Bundle to review for you guys but as always it is all my thoughts and my honest opinion for you.

I was sent the Leaf in the color of  Mercury it is also available in the colors of black, chrome, and gold so you have a couple of color options to choose from. 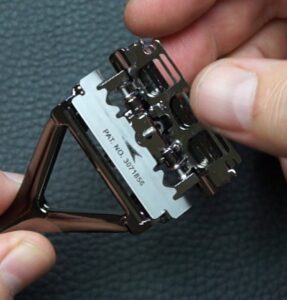 This razor is really unique and that you have to unscrew the captured screw and then you can get to the razor blades. There are three blades on this head each one of them is a half of a double edge razor blade so simply snap them in half and then you can go ahead and put these blades into place. The razor has little magnets on so that the blades don’t fall out very easily while you are replacing them.  then you simply close it back up and retighten that captured screw. and your ready to shave (see THIS VIDEO for better visuals of this prosses) 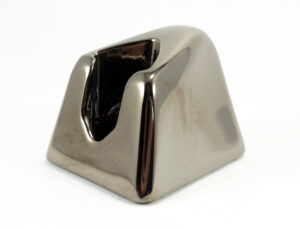 The razor weighs in at 2.9 Oz which is fairly heavy, however, your hand isn’t going to get tired using it.If you order the kit I was sent, you will get a nice but very heavy stand coming in at 5.3 Oz. I do suggest getting yourself the stand because it does allow the razor to sit upright and then you get all the air rotation around that razor headed that you needed to properly dry it.

As I said earlier I was sent their starter bundle, it comes with 50 double edge razor blades if you get their basic pack becomes a 25 so it should last you about a half a year.  They are fairly good blades as well. You will need something to put all those spent blades in well lucky for your the starter kit comes with a nice little of Blade bank

The first thing I noticed in my time using the leaf is that the handle is fairly slick and it only has a few little notches on the bottom side of it to be able to give really any kind of hold whatsoever, however, if you just make sure that you don’t have any soap on your hands it is fairly comfortable. The ergonomics of the handle does take a little bit of getting used to  Because of the triangle shape of the handle.

When I used to shave my full-face I would shave under the nose to the side sometimes but down most of the time (bottom of the nose to the top of lip), however, because of the large panel on the head of the razor you really can’t shave it down because you’re already going to pretty much be at your lip line.  so to shave the mustache area you would have to shave this to the side (from middle of the nose out)

The head of the razor has a large travel and it doesn’t take much at all to get that travel to move meaning the Springs inside the head or not very strong however I did find out that they don’t need to be this is so well-engineered that it gets a very nice close shave on the first pass.  This is actually the first razor that I found that I can go against the grain without irritating my skin whatsoever. If you have sensitive skin I highly suggest checking out the leaf just because of that alone

A while back I did a live stream with the razor and one of the questions on there was how does it work on the head, well that was honestly one of the questions that I was thinking myself. So I  used this a couple of times to shave my head. I definitely need a little bit more time than that two or three times to get used to it because two out of the three times I end up nicking my head a little bit and it just wasn’t very comfortable.  So to answer that, I guess I would have to say that you could definitely use this to shave your head all the time but would probably take a bit of getting used to. The Leaf is made for the arms and legs and  I think you would do better on them then thicker head hair. 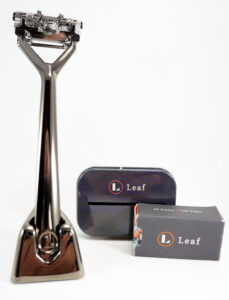 There’s been something that I’ve been thinking about, especially in the time and what’s going on in the world I know that a lot of people are trying to save money wherever they can and although the price which will get you here shortly is rather High initially I think it it’s well worth it because if you like the idea of having a three-blade razor because that’s what you’re used to and you like a finished shave in just one or two passes this will get you what you’re used to for pennies on the dollar after the initial cost.  The blades this razor uses are very very cheap, not cheaply made they’re very sharp, they are razor blades after all but you don’t need to have the after the cost of getting cartridges that cost much much more than a pack of DE razor blades. Then you also get the extra bonus of being eco-friendly because the blades can all be recycled or tossed out

Leaf has two basic kits to get started with using their razors they are as follows.

I think alone it’s a pretty decent price it’s about twice what some of those cartridges razors are yes but this thing’s going to last you a whole lot longer and you’re going to end up saving money with it and long-run just because of the razor blades.

which is what they sent me gets you the Razor, stand, razor Bank, as well as the 50 razor blades (=100 edges).

I do believe if you’re going to get either kit go ahead and spend the extra $30 and get this starter bundle.