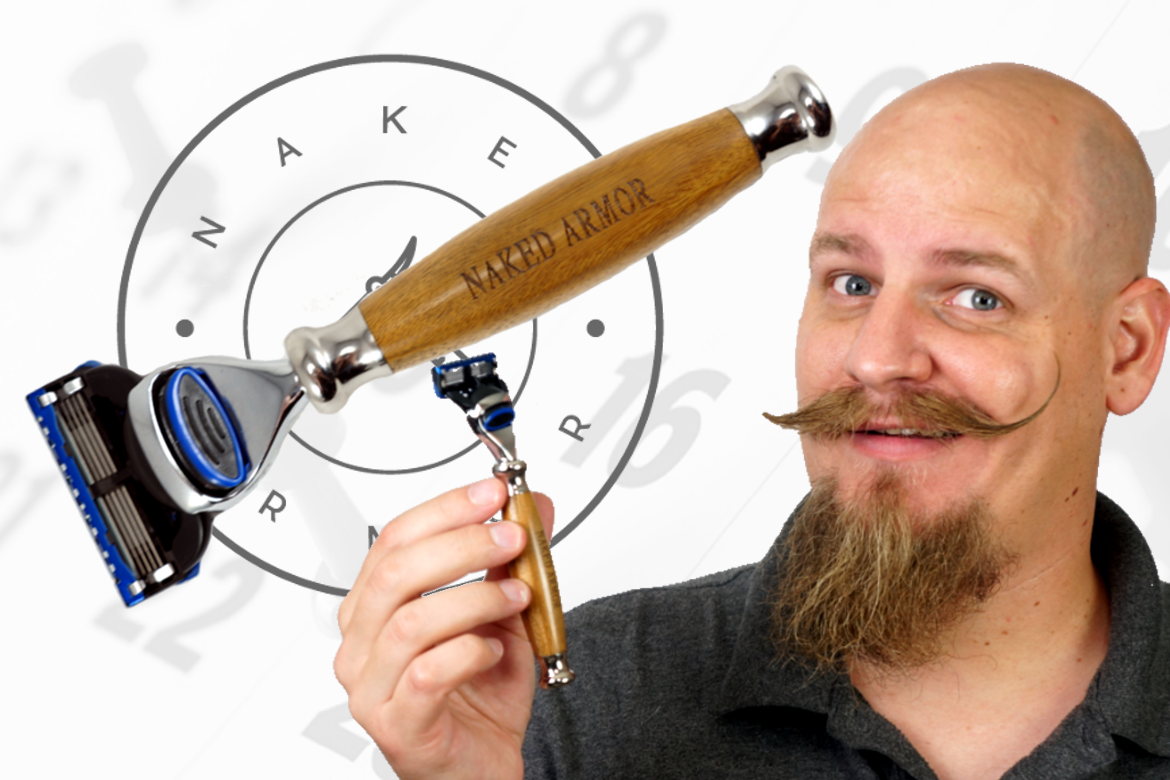 Along with all the other products that Naked Armor sent for me to review this was an unexpected one and one that I didn’t have a plan to review. Not because I thought it would be bad but because I don’t really like to use cartridge razors anymore since I started to use Double Edge razors. But since they sent it I thought why not and went ahead and used it. However, this is one of the few products I didn’t use for as long as I normally would mainly because of the reason stated above. I also focused my review on the handle of this product instead of the razor as the cartridge it uses is a proven razor that people tend to like. 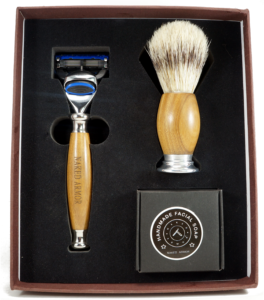 This razor comes in a set that is packaged in a nice black box. once you open it you have the full kit containing shave soap, shave brush and the cartridge razor held in place by a piece of foam with black velvet-like material ontop.  the velvet-like material does get dusty and shows every speck so don’t plan on using this as a display or having it open long if you’re using it as a gift for someone.

The razor handle is made of sandalwood with stainless chrome-plated caps. The head is also stainless with chrome however does have a few plastic components where the cartridge attaches and has a few moving parts.

The razor has a replaceable cartridge head that takes the popular Gillette Fusion 5 razor Cartridge, or any single pinhead cartridge.  Other than that the only other notable feature is the sandalwood handle that we will talk about a little later.

To replace the razor push the button on the razor handle head to release the old cartridge, then snap on a new one. Use as you would a normal cartridge razor.

For being a cartridge style razor I do have to say I enjoyed using this one more then I have any other razors in the past. I think the reason is the weight this handle provides along with the nice natural feel that the sandalwood provides. the razor head they chose is a nice one the Gillette fusion type head gives a decent shave. I found that there wasn’t much difference between this handle and their safety razor handle that I will do a review on soon. Now that might seem like a bad thing but it really isn’t as I really like Naked Armors safety razor. So far I have not had any issue with the wood handle getting wet and such. It has a slight patina now but does not seem to be affected by the water as of yet. 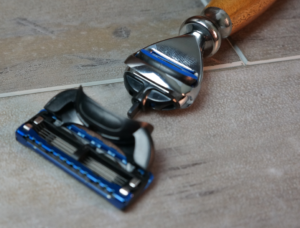 Unfortunately, you cant buy the sandalwood handle razor on its own, you have to buy it in the kit. that is pricey in my opinion. Now even though I think it’s pricey after doing some research I can understand how they are justifying the price. Most of the price comes from the sandalwood I believe as it is a more expensive and exotic wood.  Both the razor and the shaving brush in this kit contain the sandalwood.