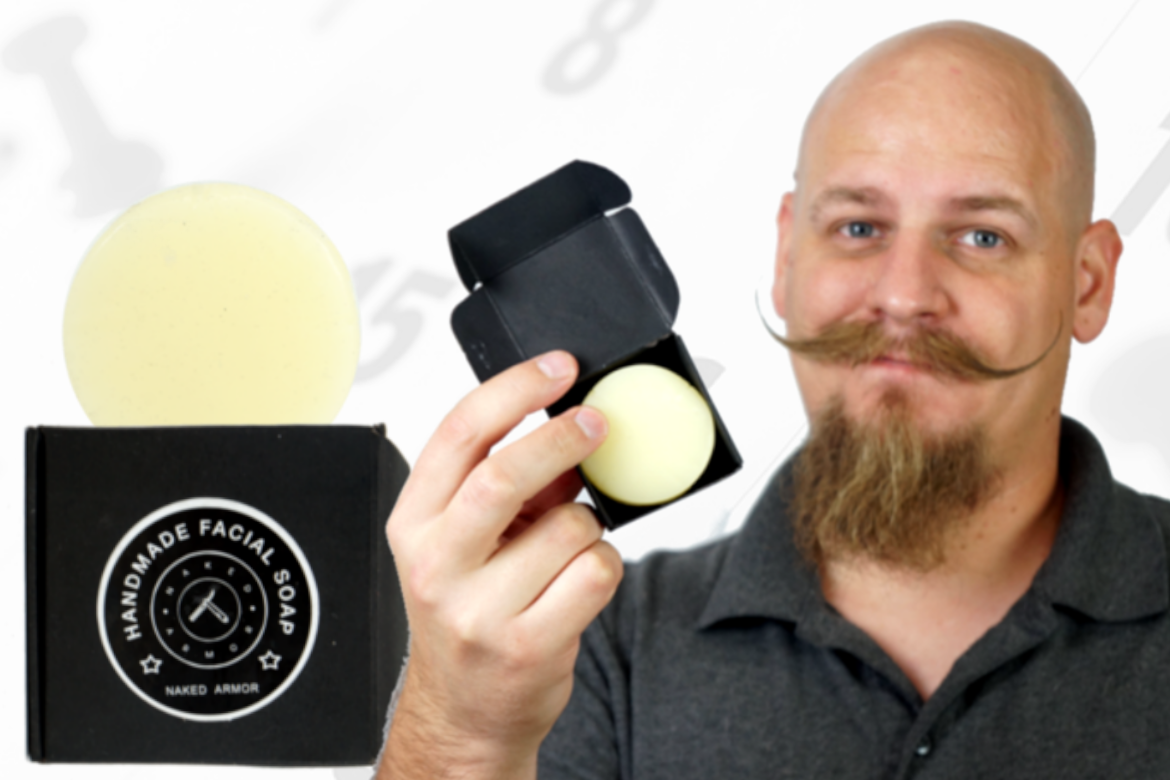 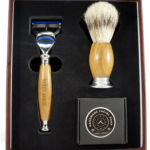 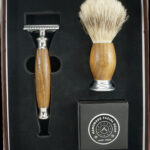 Today we’re taking a look at a Noa’s Organic shave soap. This soap was sent to me by Naked Armor to review. It came with both the Spartacus and Spartan shave sets. as you can see in the bottom right of each box 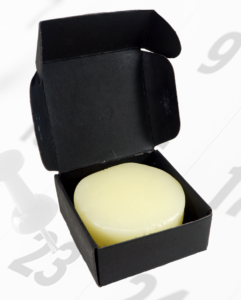 Once I opened up the shaving kit there just in a little box inside, the front of it just kind of opens up and out pops the shave soap.  The Soap puck is wrapped in a piece of plastic so make sure they take that off before use. (watch the end of the video for a funny story about that.

The scent of this shave soap is eucalyptus and lime, I wasn’t really able to pinpoint it before I looked at the ingredients list. It’s a fairly light scented shave soap and only hints at both those scents.

The ingredients list is pretty much all-natural that includes olive oil, coconut oil, palm, soybean, shea butter, beeswax, grapefruit, eucalyptus, and lime oil. It also contains two unknown secret ingredients, usually when there’s a secret ingredient usually it’s going to be something natural and that doesn’t have an opportunity to be allergic to someone.

I was able to get just about any type of lather that I wanted to anywhere from really sudsy to a nice thick leather just simply by using a shave bowl and a shave brush. At times I just rubbed the puck right on my face and was unable to get a pretty decent lather just by doing that. I would recommend using a shave oil as a base to this shave soap as it does seem to benefit from a little help in the slickness area. 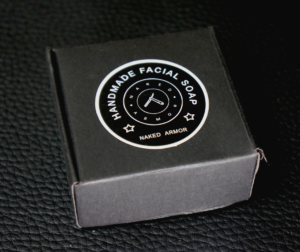 My experience using this shave soap was a good one, like I mentioned it has a nice light scent and can get basically any leather I could wish for. the really thick lather may take a minute or two extra to get a nice thick lather but it is possible to do so. I think that this would be a decent travel soap as it does have its own little box and its a smaller sized puck then many of your other soaps. Although small it did seem to last a while and didn’t shrink very fast so you should be able to get quite a few shaves out of each Puck.

Now do I think it’s worth your money? well, you can get three little ones (like I reviewed here) for about $20 USD or you can get one big one that I believe comes in at 10 ounces for the same price. I would have to say that yes I do think that it is worth that price, however, that being said I would suggest getting the three in the little boxes first that way if you don’t really like it as much as I think that you would then you can always have a couple of them to give away.